M is for Milkw Way Galaxy 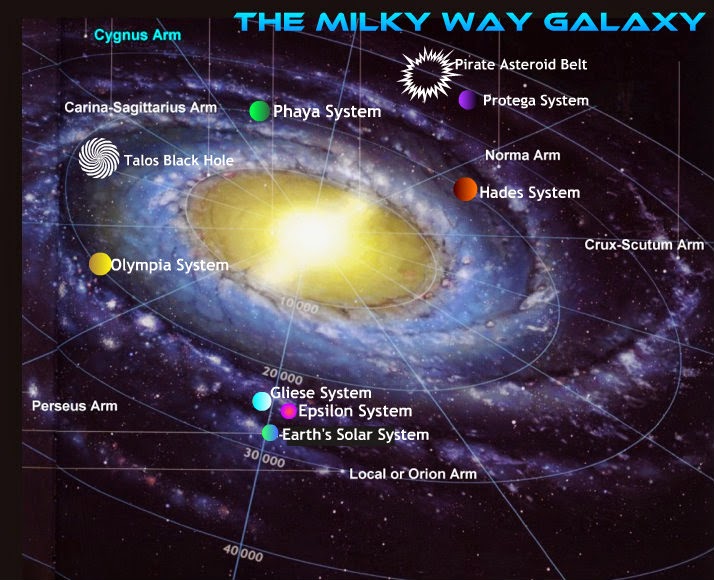 Our Milky Way Galaxy is a spiral galaxy. Our solar system lies in a sleepy little section about half way out. Like any spiral galaxy, we whirl around the center that most scientists believes contains a supermassive black hole and it’s called Sagittarius A.
What lies just outside our Milky Way galaxy? There are about 200 ball-shaped globular cluster of stars each one containing around a million or so stars.
Together with about 40 other galaxies we make up what is called the Local Group that spans 10 mega-light years. The Milky Way and the Andromeda galaxies are by far the two biggest in the Local Group.
The other galaxies in the Local Group are much smaller and include two galaxies that can be seen with the naked eye from countries south of the equator. The galaxies are called the Large and Small Magellanic Clouds, after the Portuguese explorer Ferdinand Magellan.

Did You Know: Our Milky Way galaxy is warped. It has a central bulge caused from the Large and Small Magellanic Clouds (see above paragraph) pulling on our Dark Matter like a tug of war.
Fun Facts: The Milky Way has a halo of dark matter that makes up over 90% of its mass. And we don’t have the faintest idea what dark matter is. We just know that it’s there. Hence, the name Dark Matter.
The Milky Way is cannibalistic and has been devouring neighboring smaller dwarf galaxies.

It’s about as old as the universe itself, about 13.6 billion years old.
Our solar system makes up an extremely tiny part of the Milky Way. If you imagine our solar system were the size of a US quarter, the entire Milky Way would be almost half the size of the United States!
It’s part of the Virgo Supercluster, a grouping of galaxies within 150 million light years across.
Bonus Fun Fact: The Milky Way Galaxy rotates clockwise at a speed of 190 miles a second. This means that the space you were sitting in one second ago, is now 330 miles away from you. At this speed it takes the Milky Way 200 million years to rotate once.
For more on galaxies, check out my G is for Galaxies post from last week!
Reference
Reference
Reference
Posted by Stephen Tremp at 12:01 AM