Breakthrough: The Adventures of Chase Manhattan Volume I

"A scientific breakthrough of such magnitude it could radically alter the future of humanity—for better or worse—is in the wrong hands." 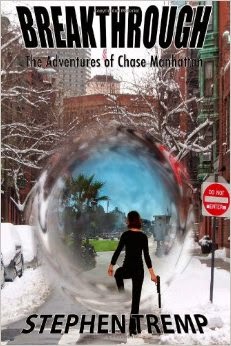 The Information Age is moving at breakneck speed. Discoveries in areas of science that were once fodder for science fiction are now becoming part of our everyday life.

A group of graduate students from Massachusetts Institute of Technology has stolen a breakthrough in opening and stabilizing Einstein-Rosen Bridges, commonly known as wormholes, that allows them to instantly transport people from one location to another. Their goal is to assassinate any powerful politician and executive controlling the world’s banking system that would use this technology for their own greedy gain rather than the advancement of mankind.

In south Orange County, California, young Chase Manhattan, part of a new breed of modern-day discovery seekers, seeks to leave behind his life of danger and adventure and settle down as an associate professor of physics at University of California-Irvine. He also desires to build a lasting relationship with a beautiful woman he has not seen since high school.

His plan is postponed when he soon uncovers the diabolical scheme on the other side of the country. He realizes he is the one person who can prevent more murders from happening and either control or destroy the technology. Once the MIT group understands Chase and his friends have the ability and motivation to not only take the technology from them, but also thwart more killings, Chase finds himself in their cross hairs, the top-of-the-list target on their assassination agenda.

As the death toll mounts, Chase and his friends must battle this group of misled zealots from MIT on both coasts and in cyberspace in a thrilling, desperate race to determine the outcome of this monumental, once in a millennium discovery that will drastically change life as we know it—for better or worse.

Breakthrough, the first book in the Adventures of Chase Manhattan series, begins with a big bang and offers the audience exciting, unique, and diverse heroes and villains. The result is a fresh suspense thriller series integrating elements of greed, betrayal, passion, lust, unconditional love, coming of age, and hope. The action is swift. There are numerous twists and turns that will keep the reader turning the pages and wanting more.

To download a copy of Breakthrough: The Adventures of Chase Manhattan Volume I from Amazon CLICK HERE 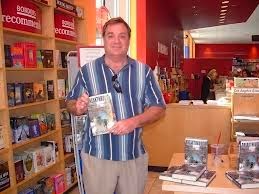