Hey folks, I'm going to have to call it quits for 2013. I'm crying out UNCLE. We used to say that as kids when we couldn't take no more. Not sure why.
I'll be taking the next well-deserved three or four weeks off to work the final edits for Escalation. And to spend time with the family. And rest. And relax. But mainly edit and get myself ready for promotional stuff. 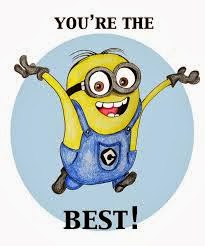 I'll be back online Monday January 6, 2014 with a new and improved everything. And I'll be announcing the release date for Escalation. Yep. I have some really cool stuff planned. And I hope you'll join in some capacity. I would really appreciate it.

You're all the best! I really mean that. I wish I could have been out and about far more than I had been in 2013. But life happens.

﻿﻿﻿﻿﻿﻿I will be out and about though. Visiting. Saying hello. Merry Christmas. Happy New Year. May 2014 be a year of health and prosperity to you and yours. Stay safe. And enjoy your time with family and friends.

Cheersfest 2013 2.0 Warp Up: You have to admit, that was a lot of fun! Honoring and roasting a deserving person such as Lee was worth the effort. I’m still laughing at the Facebook tagline for Lee’s jacket. The ladies were the most creative. Hahahahaha! See what I mean? 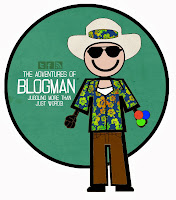 Lee’s Facebook Jacket: Speaking of “the jacket” I think Lee should donate it (c’mon, Lee don’t try to jive us and say it’s not in your closet) and give it to each respective recipient of the following year’s Cheersfest.

The Horror! The Horror! Okay, This is one of Lee's favorite movie lines and he will get it and laugh. I hope.
﻿﻿Yes, this is a yearly event. Similar to the Masters Golf Tournament, the proceeding year’s recipient will help th new honoree put on the jacket of honor. Repeat process every year.

﻿ Those in favor, stand and shout our AYE! Lee. please donate your jacket for 2014's Cheersfest 3.0 recipient! You can keep the bow tie.

﻿
﻿﻿
﻿﻿﻿Winding Down 2013: I'm almost to the point where I say, That's All Folks. I'm tired. I'm burned out. Lots of wild and weird and crazy stuff happening this year. Google shutting down my blog sure didn't help.

﻿ But 2014 offers new hope and I have so many cool things planned. Until then, I think I'll coast until I take my yearly two or three week break for the holidays around the middle of the month.

And I will have to forsake my Annual Children's and MG Holiday Promotion. I really hate to do this as the last three years have proven most successful. But honestly I just can't do it this year. But I will pick it up again in 2014 for sure!

But I will have the Weekend Follies, at least for one more week.
Posted by Stephen Tremp at 6:52 PM 12 comments:

Okay folks, here it is. Cheersfest 2013 2.0 hosted by Alex Cavanaugh, Mark Koopman, Morgan Shamy, David Powers King, and myself. Today’s recipient, sitting in a chair from and center stage for all to praise and heckle, is none other than Arlee Bird. So let’s get started!
Four Questions:
Why did Lee come up with the A-Z Challenge?
To get to the other side.
If someone dreams about being a juggler, what does it mean?
If you dream about juggling it means that you are an optimist, you will manage to face up to smaller or greater problems, because you are a balanced and calculated person, no matter how much of a scatterbrain you might seem to be.
Or you're having flashbacks. 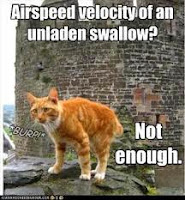 Is a post by Mr. Bird worth two in the bush?
Depends if the bird is a swallow and the air-speed velocity if an unladen swallow is an African swallow or a European swallow (you get a bonus point if you know the what movie this references)
Who could play Lee in a documentary? (Living or dead.)
Mark Twain
100 Word Or Less Flash Fiction: Arlee Bird the juggler failed the swallow question challenge and he and his brown jacket were tossed (close enough) into a wormhole and ended up back in 1972.
Bonus Points: Caption for Lee’s Facebook picture. Ring ring. Who is it? It’s 1972 and it wants its jacket back.
And Now For A Few Juggling Jokes:
Q: What do you call a juggler without a girlfriend?
A: Homeless.
Q: Who is the toughest guy at the circus?
A: The juggler, of course, because he's got the most balls.
A man is driving home, when he's pulled over by a patrolman for a broken blinker. The cop looks into the guys' car and sees a collection of knives in the backseat.
"Sir," the cop says. "Why do you have all those knives?"
"They're for my juggling act," the man says.
"I don't believe you," says the cop. "Prove it."
So the man gets out of his car and begins juggling the knives.
At the same time, a car with two guys in it drives by. "Man," says the first guy. "I'm glad I quit drinking. These new sobriety tests are hard."
Q. How many jugglers does it take to change a light bulb?
* At least 10... Only 1 to change the bulb, and the rest to critique his form.
* 101. One to change the light-bulb, ninety-nine to say, "I can do that," and One to say, "Hey! He stole that from me!"
* Five; one to change the lightbulb, and four to say, 'I could do that if I practiced'.

* Two. One expert, to change the light bulb, and one beginner to say, "Yeah, but can you change two light bulbs."
Did you hear about the sick juggler? He couldn't stop throwing up!
And Finally: Hey Lee, is that a juggling pin in your pocket, or are you just happy to see us? (rim shot please)
Thank you all for participating in this year's Cheersfest. And thanks Lee for being such an awesome and supportive presence in the world of Blogdom!

Win It Before It Releases: Speculative Fiction Author Susan Kaye Quinn is releasing Third Daughter (The Dharian Affairs #1) a my steampunk fantasy romance Decemebr 13, 2013. She’s giving away 10 e-ARCs (Advanced Reader Copies) before the launch - ENTER HERE
This steampunk-goes-to-Bollywood romance takes place in an east-Indian-flavored alternate world filled with skyships, saber duels, and lots of royal intrigue. And, of course, kissing. Hmmmm … but are there wormholes?
It's not too late to sign up for and participate in Cheersfest 2013. C'mon, you know you want to roast Arlee.
Posted by Stephen Tremp at 4:00 PM 32 comments: 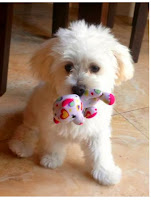 Insecure Writers Support Group: Last month for ISWG I mentioned our dog and family member of fifteen years Beau had numerous physical ailments. We finally had to put him to sleep. It was a very difficult decision, but one that needed to be made.
But where one door closes, another opens. We came across someone who had to get find a new home for their six-month old puppy, a Maltese Poodle mix. So here is our newest family member Dakota.
Soul Cutter: The Soul Cutter is hunting again. Seventeen-year-old Élan spends her free time videoing psychic scams and outing them online. Skepticism makes life safe—all the ghosts Élan encounters are fakes. When her estranged mother disappears from a film shoot in Egypt, Élan puts her medium-busting activities on hold and joins the search.

In Egypt, the superstitious film crew sucks at finding her mom. When a hotel guest is killed, whispers start—the locals think their legendary Soul Cutter has come back from the dead. Élan's only ally is Ramsey, a film-crew intern, but he’s arrogant, stubborn—and hiding dangerous secrets.
When Élan discovers the Soul Cutter is no scam, she finds herself locked in a deadly battle against a supernatural killer with more than her mother’s life at stake. Élan is fighting for her very soul. Author
Bio: Lexa Cain lives in Egypt, a stone’s throw from the Red Sea (if you throw the stone really hard). Soul Cutter is her debut novel, but she’s writing other novels and a sequel in the hopes of keeping readers up until the wee hours.
Soul Cutter By Lexa Cain
From MuseItUp Publishing
Dec 6, 2013

Cheersfest 2013 2.0: Remember, On December 9th is Cheersfgest 2013, hosted by Alex Cavanaugh, Mark Koopmans, Morgan Shamy, David Powers King. We will roast and honor Arlee Bird, who is a constant presence, is positive, possesses integrity, involved in the online community (participating and hosting); supportive of others, and is a major force in the blogging community. This event will be held December 13th, 2013.
A To Z Blog: Take a moment to check out Roland Yeoman’s Post Keys To Writing Success on the A to Z blog. You’ll be glad you did!
How To Publish And Promote Your Book Now! I had some spare time (what’s that???) this weekend and re-read though L. Diane Wolfe’s book How To Write And Promote Your Book Now. A must own for any writer, regardless of how experienced they are in the art of writing and promoting. I highly recommend this book.
If you haven’t downloaded a copy, do yourself a favor and click the book’s image at the top right of my side bar.

What to Watch: Futurscape hosted by James Woods on the Science Channel. What will the future look like? It's a question that writers, philosophers and scientists have been pondering for millennia. But the future that once existed solely in the human imagination…has arrived.. What happens tomorrow, starts today. This is worth checking out.

Escalation: It’s clear I will not release Escalation for the holidays as was my original plan. But it’s also evident this is for the better. I think it would get lost in the hustle and bustle of the holiday season as well as all the other books coming out.
I’ve had time to sit down and plan amazing promos for the release that I can’t wait to share. I mean some really, really, really cool stuff.  But I’ll wait until after the holidays are over. I also have some awesome changes for my blog that I think you'll appreciate very much. Something else to look forward to.
Once the dust settles from the holidays, I'll announce the release date for Escalation. And come early 2014 if you feel inspired to help me in any way, I thank you in advance!
Posted by Stephen Tremp at 4:00 PM 30 comments:

Hi everyone, I hope you all had an amazing and safe holiday week with family and friends.
We went on a short four day cruise from L.A. to Ensenada and back. We definitely have the cruise fever and are planning two more for next year. Make it three.
Here are a few pics: 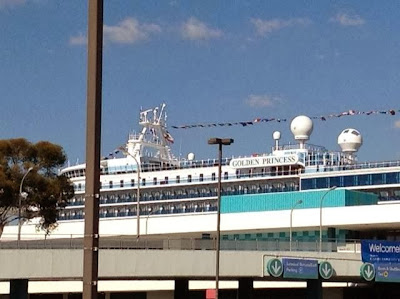 Thanksgiving cruise to Ensanada. This time on Princess Cruise 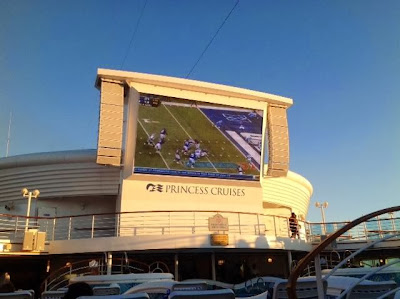 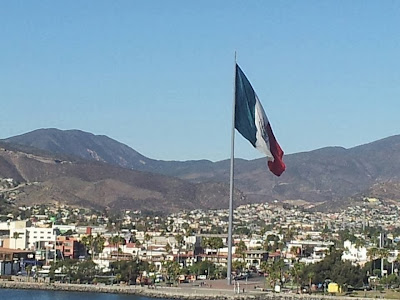 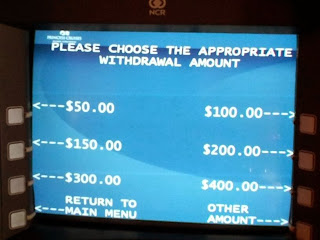 Had to laugh at the casino ATM. Withdrawals are recommended in increments of $100 with a $50 minimum. 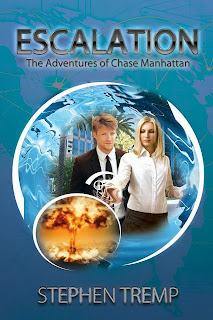 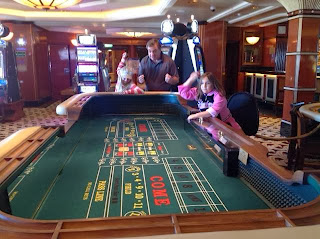 Glad my kids are on a roll! They made up for the money I lost the night before. C'mon snake eyes!


Well, that's it for now. I'm still recuperating from the holiday. See you all on Wednesday for ISWG!