Q is for Quantum Computers 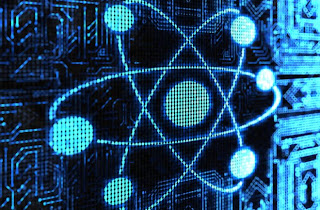 We’ve all been hearing about quantum computers. Are we on the cusp of a new Age, an Age of Quantum Information that will leave the Stone Age, Copper and Bronze Age, Iron Age, Renaissance Technology, Age of Exploration, Industrial Age, and the previous Information in light years in its dust?
Let’s take a closer look .....
When it comes to data crunching, quantum computers will leave today's fastest processors in the dust.
For starters, a quantum computer would be able to store more bits of information in its memory than there are particles in the universe. And where a conventional silicon-based computer handles one computation at a time in sequence, a quantum computer would work on millions at once. 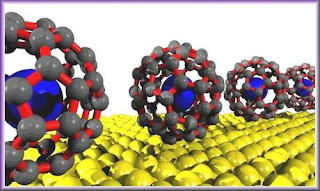 That kind of staggering power would give a single quantum computer the ability to simulate a whole world in a holographic environment, replicate biological systems to understand diseases and find cures, solve the loads of equations necessary to create extremely accurate weather forecasting and simulate how subatomic particles interact, showing fundamentally how everything in the universe works.
Several quantum computers linked together would make a quantum Internet so powerful that search engines would respond to queries almost like a human being, answering questions immediately and in any language.
In recent months, different groups of scientists and engineers have made important strides toward this amazing new world. They have built machines that can store quantum particles, control them, observe them and send them over fiber-optic cables.
Stay tuned folks. You haven’t seen anything yet!
Reference
Posted by Stephen Tremp at 12:01 AM