B is for Brain, IWSG, and ALF Trivia Answer 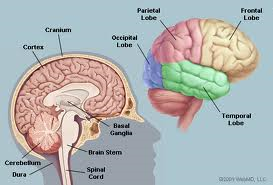 Fun Facts (according to research) about our brains:
The blood vessels in the brain laid end to end would wrap around the Earth four times, or about 100,000 miles.
According to a study published in The New England Journal of Medicine, adults who participated in mind-challenging activities were 63 percent less likely to develop dementia.
Children who learn two languages before the age of five alters the brain structure and adults have a much denser gray matter.
The average number of thoughts a person has each day is 70,000. So think good things about yourself and others. 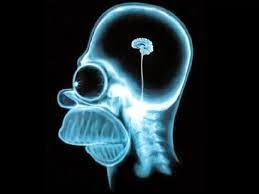 The modern brain is an energy hog and accounts for about 2 percent of body weight, but uses about 20 percent of the oxygen in our blood and 25 percent of the glucose (sugars) circulating in our bloodstream.
Every time your heart beats, your arteries carry 20 to 25 percent of your blood to the brain.
The harder you think, the more oxygen and fuel your brain will use from your blood – up to 50 percent. And the brains burns about 300 - 500 calories a day!
While awake, your brain generates between 10 and 23 watts of power–or enough energy to power a light bulb (is that a light bulb I see above your head?) 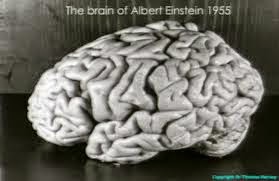 Does Size Really Matter? Not with the human brain. There is no evidence that a larger brain is smarter than a smaller brain.
Even if you consider yourself a left-brained person, your brain will still switch over to the right side every 90 to 120 minutes and then back again.
The folded, meandering surface allows the brain to pack in more surface area — and thus, more processing power — into the limited confines of the skull.
Your brain has no pain receptors which is why if I managed to remove the top of your skull without you noticing I could poke around all day without you feeling a thing. The skull removal may hurt a bit though.
It’s normal for your mind to wander. 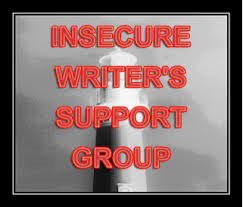 Einstein’s brain was removed within seven and a half hours of his death. It has been sliced, diced, studied, and now is scattered across various museums and who knows where.
IWSG: Time. I just don’t have enough of it. But I’ve learned if I can accomplish one task a day and take Sunday off (just like A to Z) then at the end of this month I will have kicked butt on my To Do List! 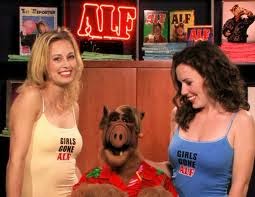 A.L.F. From yesterday's post just what the heck does the acronym ALF stand for? As many of you correctly guessed, it's Alien Life Form. A.L.F. ALF Alf.

C'mon Guys: Most have been to Hooters. Do you think an A.L.F would sit idly by in a garage or a basement? If I were an ALF, I know I would not be. Hooters, here I come!
Posted by Stephen Tremp at 12:01 AM