L is for Luna 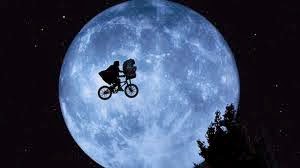 Our moon does not officially have a name, like the other 175 known natural moons in our solar system. It is simply called “The Moon.” Our moon is more accurately called a satellite. Luna is the ancient Roman divine personification of the Moon. It is derived from the Latin word lūna meaning “moon; month; crescent”.

There are a lot of different and really strange planets in our solar system. And our moon is no different. For instance, the moon, our nearest neighbor, is massive compared to other moons, errr .... satellites orbiting other planets. It’s one fourth the size of Earth, having 27% the diameter and 60% the density of Earth.

For this reason some believe our moon is actually a dwarf planet caught in Earth’s gravitational pull. But the popular theory of how our moon came to be is another planet collided with Earth many moons ago (no pun intended) and the collision caused part of Earth to be thrown out into space. Earth’s gravity trapped this debris and eventually it coalesced into the moon. The moon is made up of pretty much the same stuff Earth is.
Theoretically, this makes sense. And using the Gap Theory that there could be billions of years between Genesis 1:1 and the following verses, God simply spoke the moon into being with material he created in Genesis 1:1. Check out this link for more on the GAP THEORY. 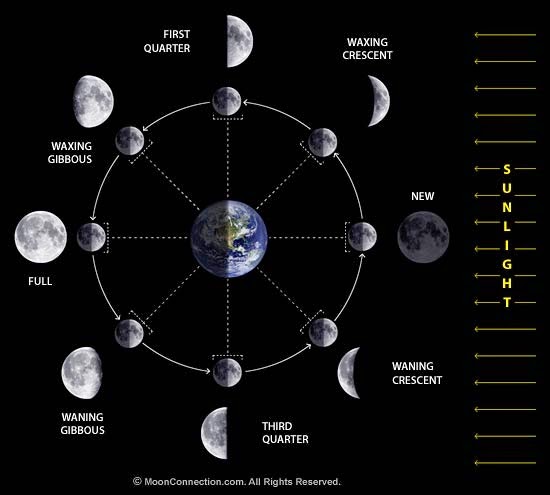 Did You Know: The Moon is so large that it doesn't really orbit Earth at all. Both bodies orbit a point located between them called the barycenter located about a thousand miles below the surface of Earth. This makes the motion of the Earth-Moon system as it orbits the sun something like a spinning dumbbell with the weights on the ends mismatched
Fun Facts:
• The Moon rotates on its axis in around the same length of time it takes to orbit the Earth. This means that from Earth we only ever see around 60% of its surface (50% at any one time).
• The side that we can see from Earth is called the near side while the other side is called the far side (it is sometimes called the dark side despite the fact that it illuminated by the Sun just as much as the near side).
• The Soviet Union’s Luna program featured the first successful landing of an unmanned spacecraft on the surface of the Moon in 1966.
• The surface of the Moon features a huge number of impact craters from comets and asteroids that have collided with the surface over time. Because the Moon lacks an atmosphere or weather these craters remain well preserved. (One more reason our universe has to be 13.8 billion years old rather than 6,000 years old).
• Although research is continuing, most scientists agree that the Moon features small amounts of water.
• The Moon is very hot during the day but very cold at night. The average surface temperature of the Moon is 107 degrees Celsius during the day and -153 degrees Celsius at night.
• The Earth’s tides are largely caused by the gravitational pull of the Moon. • The phases of the Moon are: New Moon, Crescent, First Quarter, Waxing Gibbous, Full Moon, Waning Gibbous, Last Quarter, and Crescent.
Night Time Viewing: Be sure to look for a Blood Red Moon April 15th. While you're at it, check out the 2014 Celestial Calendar tab at the top of this page. Enjoy!
Reference
Reference
Reference
Posted by Stephen Tremp at 12:01 AM