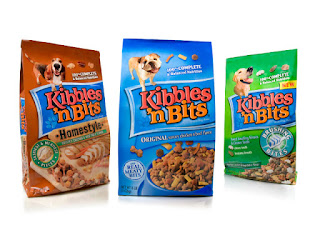 And we have a few more Blog Hops on tap. 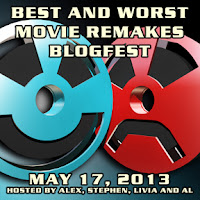 Best and Worst Movies Remake Blogfest: Don't forget, this Friday is the Best and Worst Movie remakes Blog Hop , the brain child of Captain Ninja Alex J. Cavanaugh and sponsored by the co-hosts Livia Peterson, Al Diaz, and myself. If you haven't already done so, you can sign up by clicking the badge on my left side bar.

Jewel of Shaylar: Congrats! to Laura Eno and her latest and greatest release!

Archaeologist David Alexander investigates the cave where his father disappeared and hurtles into another world, one filled with magic and bizarre creatures. The mad ravings in his father's journals of icemen and dragons may not be fantasies after all. 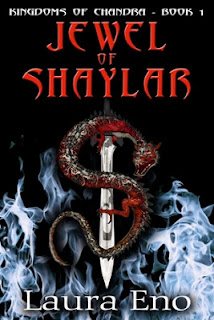 Convinced his father may still be alive, David begins a treacherous journey to find him and discover a way home. Along the way, he encounters a few unlikely friends. A Dreean warrior, a beautiful thief and a satyr join him as he searches.

David's arrival into this new world sets off an explosive chain reaction of events. Faced with powerful adversaries and few clues, he may not get the chance to rescue his father before disaster strikes, condemning both of them to death. Or worse.


Add to your Goodreads


Did You Know: Ray Harryhausen, special effects legend, died last week? Harryhausen was the pioneer in stop-motion animation. You've seen his work as a kid, or on late night television. His credits include The Beast From 20,000 Fathoms, Jason and the Argonauts, Clash of the Titans, and other sci-fi and fantasy film classics that made him a cult figure. 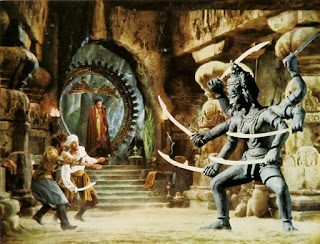 Harryhausen inspired later generation filmmakers and special effects artists like Steven Spielberg, George Lucas, and James Cameron. Spielberg said, "Without Harryhausen's effects works over the past five decades, there never would have been a Star Wars of Jurassic Park."

In Pixar's 2001 animated feature Monsters Inc., a Monstropolis restaurant is named after Harryhausen. He was 92. 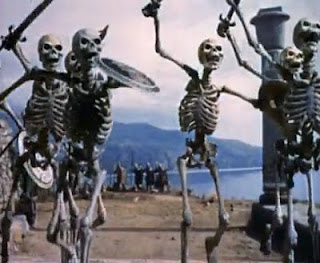 Fun Fact: I don't have any tatoos. But if I did, I would have Ray Harryhausen's skeletons from Jason and the Argonauts charging out of a wormhole on my right arm. I think that would be awesome! Or dumb. Not sure. Probably a good thing I don't have tats.

Bonus Points: I mentioned Raquel Welch as Miss Fuzzy Britches. Give the reference and get a gold star next to your name. 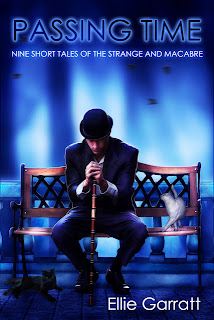 Passing Time: Nine Short Tales of the Strange and Macabre is **FREE** on Kindle until May 17th. If you haven't got it yet, now is your chance to read it for free!

“Fans of Poe, Lovecraft, and King will love this dark smorgasbord of beautifully crafted tales, while readers who prefer lighter fare will delight in the wonderful prose and fine storytelling. Just remember, these are not tales to lull you to sleep…unless you enjoy checking under the bed before you turn in.”
Posted by Stephen Tremp at 4:00 PM