Writing Through The Seasons: Every Monday in May four amazing bloggers will post regarding ..... This Monday it's Patricia Stoltey. Take a moment and stop by to say hello to the amazing writer and awesome Patricia Stoltey!

Jeffrey Beesler: Jeffrey has released his latest cover art for his forthcoming book Optical Osmosis. Best wishes to Jeffrey with his latest and greatest!

Did You Know: Sally Ride, the United States' first woman in 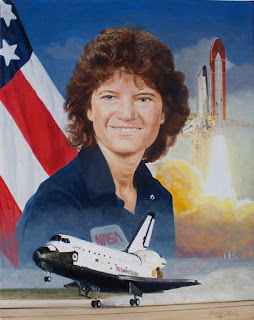 space, will be posthumously honored with the country's highest civilian commendation and the renaming of a high-flying camera.

President Barack Obama announced on Monday (May 20) that Ride will be awarded the Presidential Medal of Freedomat theWhite House later this year. NASA further paid tribute to the late astronaut by creating a new internship program in her name and renaming a science instrument on board the International Space Station. 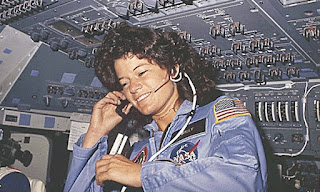 Ride, who after flying in space twice went on to become a leading advocate for science education, died on July 23, 2012, 17 months after she was diagnosed with pancreatic cancer. She was 61.  Ride made her historic first spaceflight 30 years ago next month, on June 18, 1983. Reference

Fun Fact: As of 2012, 56 women have flown in space, out of 525 total space travelers. By country of origin: one each from China, France, UK, South Korea; two each from Canada and Japan, three from Soviet Union/Russia, and 45 from the United States. 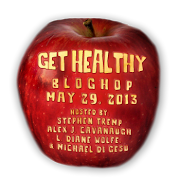 And check out other Blog Hops on my left side bar!
Posted by Stephen Tremp at 4:00 PM