T is for Tomorrow's Devices 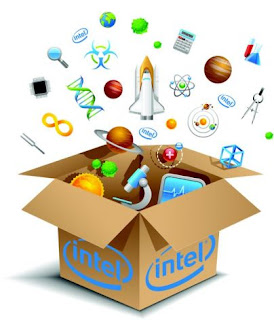 They discuss their vision of the coming world and what they would like to build in a whole new way.

Users "don't care about the technology anymore," said Jim McGregor, chief technology strategist at researcher In-Stat. "They care about how they can use it. It's cultural change that needs to happen" at Intel, McGregor said.

The chipmaker is trying to speed along the change by reaching engineers in a language they understand: science fiction. Last year Intel hired four sci-fi writers to study the company's latest research projects and produce an anthology, "The Tomorrow Project," envisioning how cutting-edge processors might be used in the near future.

Once again, sci-fi writers are on the cutting edge of what the world could look like tomorrow. And business and technology are looking to them to help lead the way.

So take heart all you writers! You may be contributing far more to the advancement of civilization than you think.

Reference
Posted by Stephen Tremp at 3:20 AM