K is for Kepler Telescope 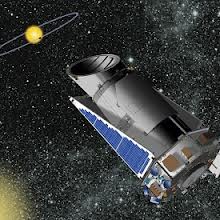 My A to Z Theme focuses on the amazing breakthroughs mankind is on the cusp of discovering.

There is now clear evidence for substantial numbers of three types of exoplanets; gas giants, hot-super-Earths in short period orbits, and ice giants. The challenge now is to find terrestrial planets (i.e., those one half to twice the size of the Earth), especially those in the habitable zone of their stars where liquid water and possibly life might exist.

Enter the Kepler Telescope: a space observatory launched by NASA March 6, 2009. Its mission: survey a portion of our region of the Milky Way galaxy to discover dozens of Earth-size planets in or near the habitable zone and determine how many of the billions of stars in our galaxy have such planets. 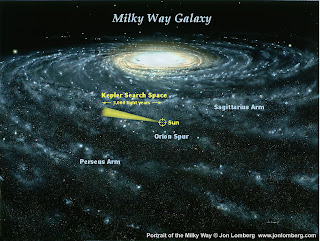 Of the total 2,326 candidate planets that Kepler has found by 2012, 207 are approximately Earth-size. More of them, 680, are a bit larger than our planet, falling into the "super-Earth" category. The total number of candidate planets in the habitable zones of their stars is now 48.

To date, just over two dozen of these potential exoplanets have been confirmed, but Kepler scientists have estimated that at least 80 percent of the instrument's discoveries should end up being the real deal.

More discoveries to come. The question is, are any of these exoplanets capable for life to thrive there. Reference

And yes, this is my new blog. Please take a moment to follow. Thanks!
Posted by Stephen Tremp at 12:01 AM