O is for Orion (Not the Belt) 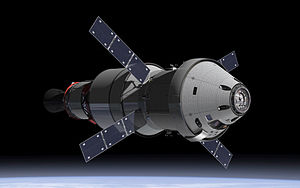 Ever wonder what will fill the incredible void left behind from shuttling the Space Shuttle Program that flew 135 missions, helped construct the International Space Station and inspired generations?

Look no further. The Orion Multi-Purpose Crew Vehicle (MPCV) is NASA’s first planned beyond-low-earth-orbit manned spacecraft since the Apollo era.  Crewed missions will be sent to the Moon, asteroids and Mars. Each Orion spacecraft is projected to carry a crew of four or more astronauts. It is also planned as a backup for ISS cargo and/or crew delivery. The first planned test flight is set for September 2014.

Orion will serve as the exploration vehicle that will carry the crew to space, provide emergency abort capability, sustain the crew during the space travel, and provide safe re-entry from deep space return velocities.

Of course, the Orion MPVC will find fierce competition from private industry and other countries like China, India, Russia, and the European community.

So hang in tight folks. Because we will see far more than one giant leap for mankind. Man and machinery will be going far deeper into space and at an accelerated pace in the immediate future.
Posted by Stephen Tremp at 12:01 AM