Friday night I took my kids to see one of their favorite authors Tui T. Sutherland at the Mission Viejo Civic Center. She writes the extremely popular Wings of Fire Dragon series. She also shares the pen name of Erin Hunter with a few other female writers on the Seekers and Warriors series. 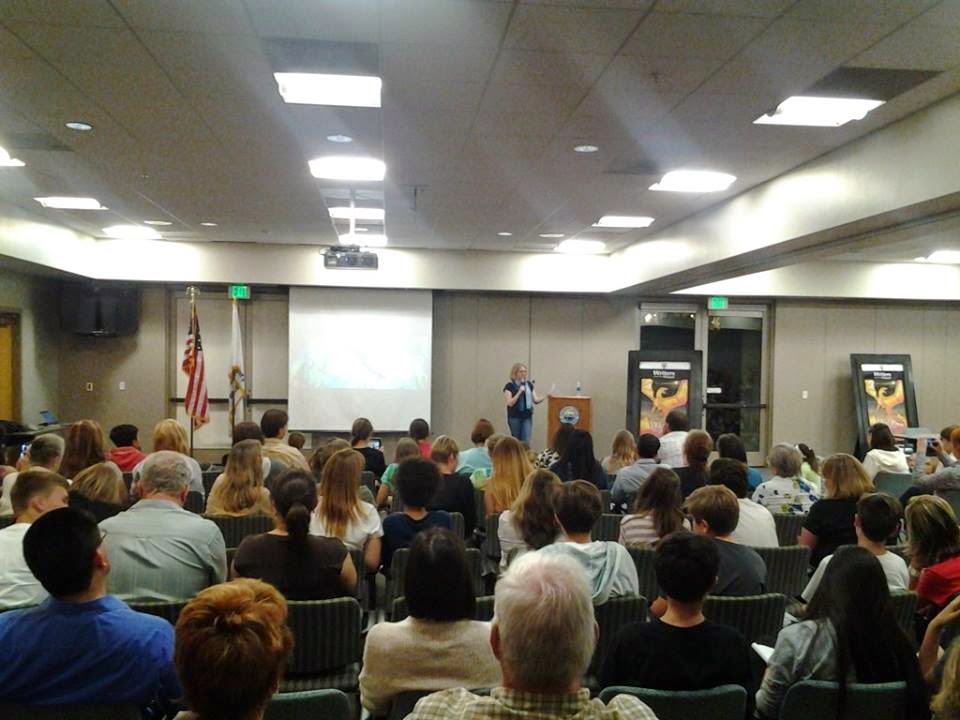 This was a real treat for the kids. Me too, as I’ve read some of the Warrior series as the kids downloaded the books on my Samsung Galaxy tablet. They bought some of the Wings of Fire books, stood in line for an hour, got to meet the author, and she signed their books. 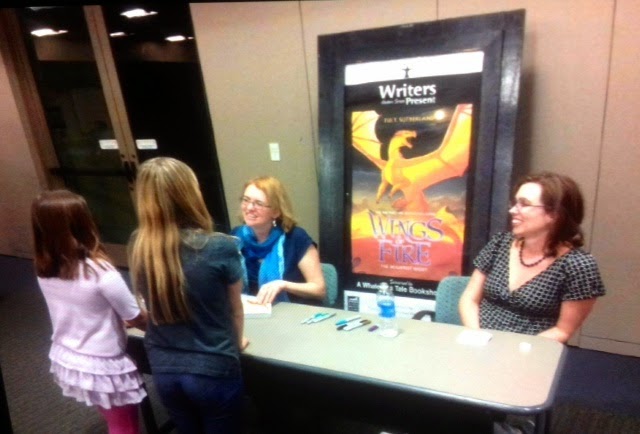 I got something out of the event too. Tui Sutherland knows how to handle an event such as this. I’ve been to other author events and often they make the mistake of rambling on and on, especially during the Q & A. But Ms. Sutherland kept the evening moving at a brisk pace while giving a power packed lecture and then answering questions. 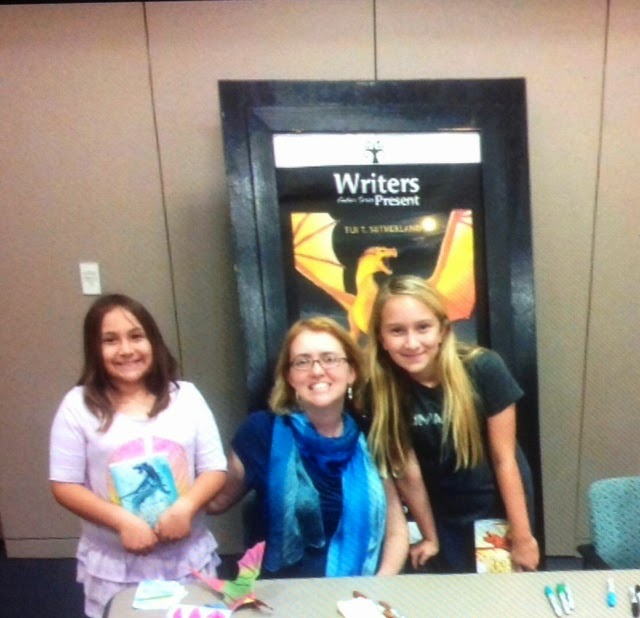 But Wait, That’s Not All: In 2009, Tui appeared as a contestant on Jeapordy! becoming a two-day champion and winning a grand total of $46,200.

You can check out Tui Sutherland’s Website and blog HERE

Did You Know: After a ten-year journey, Rosetta and Philae had finally reached their destination, Comet 67P/Churyumov–Gerasimenko. Scientists will now attempt to land the probe Philae directly onto the comet. How cool is that!

Take a couple minutes to watch this YouTube clip about this amazing feat!