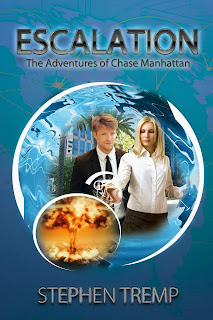 Here it is! The cover release for ESCALATION. My nephew, Jeremy Tremp who also did the cover art for Breakthrough and Opening, put this awesome cover together. Thanks Jeremy. I couldn’t be happier.
And thanks to everyone helping this week with the cover art. You’re all awesome!
Escalation Synopsis:
“I know not with what weapons World War III will be fought, but World War IV will be fought with sticks and stones” - Albert Einstein

In Escalation, the final installment to Stephen Tremp’s Breakthrough Trilogy, a seemingly innocent discovery in Einstein-Rosen Bridges, or wormholes, becomes a Pandora’s Box—opening doors to other unexpected and unpredictable realities such as parallel universes, time/space travel, and an evil hitchhiker from another dimension.
Chase Manhattan has survived attempts on his life from numerous sources in his effort to destroy the technology. But he is far from safe. Now Chase and his comrades must not only break world renowned physicist Professor Nicholas Fischer out of prison a second time, but also smuggle him across hostile borders in Europe and the Middle East to prevent events threatening to spiral into World War III.

At stake: an end to Western civilization as we know it. The result: an epic clash where science and the supernatural take center stage, vying for mankind’s destiny. The setting is global as the world divides into an East vs. West climactic battle. The action is swift, adrenaline-charged, and non-stop. Unending twists and turns will keep the reader turning pages and wanting more.
Together, Breakthrough, Opening, and Escalation follow the lives of the unlikely participants from innocence to a coming of age through sacrifice, betrayal, passion, lust, unconditional love, and hope. Escalation will appeal to fans of modern-day science fiction, action, and horror.
The Book: I hope to have everything wrapped up with the book by Halloween. Editing. Formatting. Uploading to Kindle and CreateSpace. I had planned for a Summer release but this has been a weird crazy year for me. So I’ll be really thankful just to finish the book. 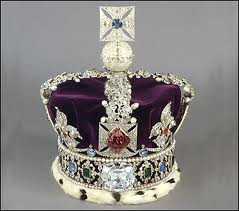 I have to say Escalation is the crown jewel of the Breakthrough series. Many trilogies start with a bang then trail off as the story continues. But Escalation is going to be amazing!
And thanks to my editor Marvin Wilson who is helping turn this diamond in a rough into a polished gem of a book. Folks, it’s really going to rock! I’ll have more insights into Escalation on Wednesday’s post! 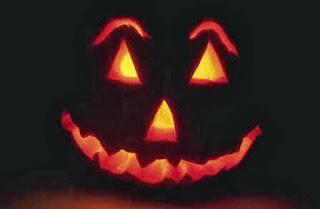 Haunting October Celebration: Today I’m over at Yolanda Defending The Pen as part of her October BWAHAHAHA Halloween Interviews. I’m answering really fun questions like if I’m in a horror movie how would I die. I’ve never thought of that. But that’s what makes this so much fun. Thanks Yolanda for hosting me. I love this time of year. This is when the best Blogfests happen. 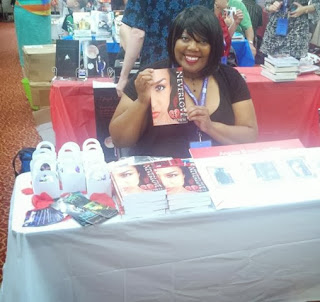 Angela Brown: author of Neverlove (Shadow Jumpers) had her first book signing and has an awesome setup. She has flyers, bookmarks, what appears to be grab bags, and a smile a mile wide. Congrats! Angela. Writers4Writers: This month Alex Cavanaugh and Isis Rushdan are the writers we will promote. Check out the W4WS tab if you want to sign up and be promoted through this awesome group of writers and bloggers!
Posted by Stephen Tremp at 4:00 PM