ISWG, Writers4Writers, This Month In Astronomy, and National Nacho Day

ISWG: My concern this month is our fourteen year old Yorkie named Beau. He’s a regular member of the family. You see, we got Beau at a time when it had been difficult for us to have kids. Beau officially made us a family. But God graciously gave us two awesome daughters after that! But Beau is at that point where we have to seriously consider putting him down.
I’ve tried, only to turn around and bring the little guy back home. With the weather getting colder, he is really struggling to just walk. I don’t want to see him suffer this bad. One day, sooner rather than later, I’ll have to wake up and make that fateful decision. I just hope he can make it for another family Christmas picture. 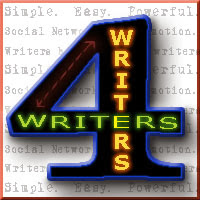 Writers4Writers: This month we will spotlight Michael Offutt and Nick Wilford. Please join us Wednesday November 20th in support of these two awesome and amazing writers!
Did You Know: India launched its first rocket to Mars on Tuesday, aiming to reach the Red Planet at a much lower cost than successful missions by other nations. The Mars Orbiter Mission, also known as Mangalyaan, mission positions the emerging Asian giant as a budget player in the latest global space race.
Probes to Mars have a high failure rate, and a success would be a boost for Indian national pride, especially after a similar mission mounted by Russia and China failed to leave Earth's orbit in 2011. Reference 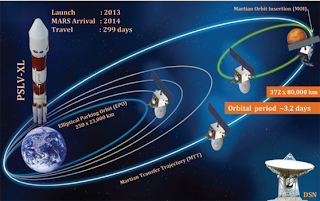 Fun Fact (or not): India's space program began 50 years ago and developed rapidly after Western powers imposed sanctions in response to a nuclear weapons test in 1974, spurring its scientists to build advanced rocket technology. Five years ago, its Chandrayaan satellite found evidence of water on the moon. Nothing like the threat of a war of mass destruction to get a space program off and running.


This Month is Astronomy: I’ll have a new TAB each month for upcoming celestial phenomena. November has an amazing lineup of spectacular events avid and novice sky watchers won’t want to miss. Views of Mercury, Venus, Mars, Jupiter, two meteor showers, the ISON comet and of course the rare hybrid eclipse of November 3 will highlight this month. I should have this TAB finished in a week or so. You’ll want to tune in for this the beginning of every month. It’s amazing what you can see with the naked eye, with binoculars, and a cheap telescope.

Steve's Science And Other Fun Stuff: On Thursday, take a moment to check out my post on the Blogging A to Z Challenge blog. I have a summation of what I'm all about. I think it's very cool and I'm sure you will too. Just tale a moment and click on Einstein's face at the top of my right side bar. You will be glad that you did! 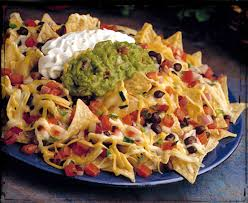 National Nacho Day: How cool is this! November 6th is National Nacho Day. So go ahead and treat yourself to a plate of your favorite nachos! Me, I’m going for carne asada with lot of cheese, refried beans, and guacamole (hold the sour cream, please).
Question: Are you going out for nachos this today?
Posted by Stephen Tremp at 7:44 PM

Email ThisBlogThis!Share to TwitterShare to FacebookShare to Pinterest
Labels: and National Nacho Day, ISWG, This Month In Astronomy, Writers4Writers