Banned Book Week, How To Date A Nerd Bloghop, And More!

Banned Book Week: It’s that time of year again. Readers from across the United States and around the world will demonstrate their support for free speech by participating in a Virtual Read Out of banned and challenged books during Banned Books Week, Sept. 22 – 28, a time when the nation celebrates the freedom to read and the American Library Association (ALA) brings attention to the censorship of books in schools and libraries.
Here is a partial list of banned books:
• To Kill A Mockingbird by Harper Lee
• The entire Harry Potter Series
• 1984 by George Orwell
• Fahrenheit 451 by Ray Bradbury
• The Diary of a Young Girl by Anne Frank
• The Adventures of Tom Sawyer by Mark Twain
• The Grapes of Wrath by John Steinbeck
• The Bible
And far too many others to list. Sure, there are some real weird books out there with inappropriate material not suitable for schools and libraries. But the list of literary classics that are banned is ridiculous. So I encourage you to take a moment to select a book from the Banned Book List and put it on your TBR list. 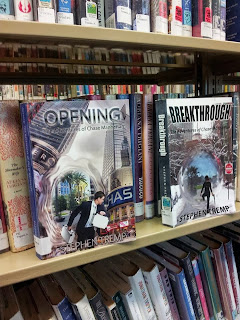 ESCALATION Cover Art: My talented and graphic artist extraordinaire Jeremy Tremp is about finished with the cover art for ESCALATION.
If you would like to help with the cover art release, please leave a comment or email me at Stephen.tremp@yahoo.com. Monday October 7th is the cover release date. Many thanks in advance!!!
And check out Jeremy’s Web site. He’s a nationally known award winning director, cinematographer and editor. Often called a “Jack of all Trades” for his unique understanding and wide range of skills. Jeremy has worked on Hollywood feature films, broadcast commercials and major label music videos.
This is the first time I've seen both my books together at the library. Usually one or both are checked out. Soon I'll add Escalation to them. 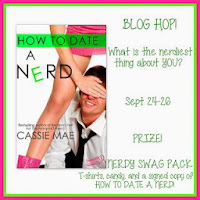 How To Date A Nerd Bloghop: I’m a bit early for this, but I’m only posting twice a week as I’m working like crazy finishing ESCALATION. 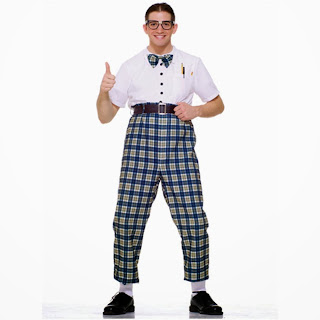 What Is The Nerdiest Thing About You? Wow! That’s a hard question to answer as I’m one of the coolest guys I’ve ever met. In fact, I am the coolest guy I’ve ever met. There is simply nothing nerdy about me. Don’t believe me? Check out a picture of me in all of my total awesomeness! Ladies, please refrain yourself as I'm happily married.
Should We Return To The Moon: If you haven’t already, take a moment to check out my post at the Blogging A to Z from last Thursday. I expanded on a previous post on Should We Return To The Moon. Fascinating stuff! Just click on Einstein's face at the top of my right tool bar.
There is still time to sign up for How To Date A Nerd Bloghop. Get your nerd on and sign up below!
Posted by Stephen Tremp at 4:00 PM