Bits And Pieces, A Gnome, IWSG, and Space Junk 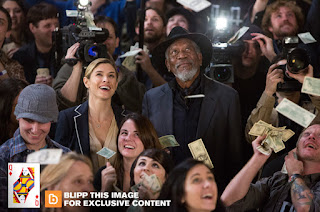 Wifey and I saw the movie Now You See Me over the weekend. Great cast. Great show. Just a fun movie to watch on a date night. However, there is a particular scene that mirrors an event in my upcoming book Escalation.

Wouldn't You Know It: this particular chapter was by far the biggest challenge and the last scene I wrote. In Now You See Me, at the end a lot of money rains down upon a large crowd of thousands of people in the streets, creating a major diversion, and helping the main characters to escape. Just like in my upcoming novel. My concern is readers will think I copied this scene. And I try very hard to write something original or  different.

Not sure if I need to rewrite this problem child of a chapter, or just go with it. Has this ever happened to you? 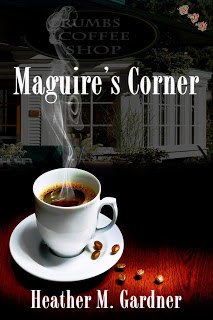 Maguire's Corner: Howdy, it’s me, Heather M. Gardner. Thank you for sharing some space on your blog for me, Mr. Stephen Tremp! Some of you may gnome me as the blog lady that frequently hosts Stormy the Weather Gnome. If he had his way, he’d take over the whole thing! Today, I’d like to tell you about my debut contemporary romance / suspense novel, Maguire’s Corner.

Coffee shop owner Maggie Maguire doesn’t trust the new police chief her father hired to protect Maguire’s Corner. He’s a stranger, cold, bossy and annoyingly handsome. But, Maggie’s witnessed a serious crime and now someone’s trying to kill her. The man that aggravates her most might be the only one that can help her. Police Chief Jack Munro likes his new job and his new town, and unfortunately he also likes the stubborn but beautiful town sweetheart. His self-imposed hands-off Maggie policy is about to be put to the ultimate test when he must keep her close to protect her while he tracks down a ruthless killer.

Determined to ignore Jack’s charms, Maggie attempts to help him unravel the mystery but when their lives hang in the balance she must decide how much she’s willing to risk to save the man she suddenly can’t resist.

Below are some links where you can find Maguire’s Corner and me! Thanks for your time!

Blog: The Waiting is the Hardest Part
Twitter: @hmgardner 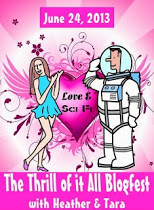 But Wait, That's Not All! There’s also The Thrill Of It All Blog Hop, brought to you by Heather M. Gardner and Tara Tyler to celebrate Maguire's Corner and Pop Travel. There's still time to sign up. Just click the badge on my left side bar. Oh, there it is. Just to your left. And down a bit.

Did You Know: Space debris, also known as orbital debris, space junk, and space waste, includes everything from spent rocket stages, old satellites, fragments from disintegration, erosion, and collisions. 19,000 pieces of debris larger than 5 cm are tracked with another 300,000 pieces smaller than 1 cm below 2000 km altitude. 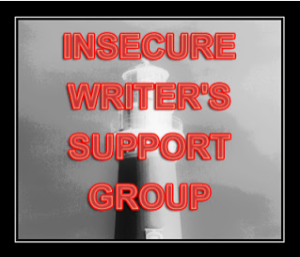 IWSG: It's that time again for Captain Ninja Alex's Insecure Writers Support Group and to post on a common concern. I'm sure most writers like you have a fear of being hit by space junk. I do. No, really. I do. Ouch! A half eaten apple from the International Space Station just bounced off my head. Well, better than a piece of space poo.

Fun Fact: The odds of being killed by falling space debris is 1 in 5 billion. Whew! I feel better already.