This summer I spot light individuals from the private sector leading with scientific breakthrough discoveries that will literally change our lives. First up: Elon Musk.

Just who is Elon Musk? Musk is an engineer and entrepreneur who builds and operates companies to solve environmental, social and economic challenges.

Musk is South African American entrepreneur with a degree in Economics and another in Physics. He co-founded PayPal, turned it into a global payment system, then sold it to eBay for $1.5 billion. But he didn’t retire and stop there: 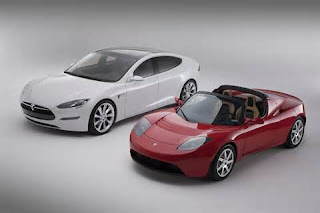 Tesla: Musk is a co-founder and currently head of product design at Tesla Motors. Tesla Motors first built an electric sports car, the Tesla Roadster. The company also has  a sedan for sale and an SUV/Minivan on the drawing boards.


Musk  is instrumental in building charging stations for electric cars across the country.   Very cool!!!

Space X: At SpaceX, Elon is the chief designer, overseeing development of rockets and spacecraft for missions to Earth orbit and ultimately to other planets.

In May of last year, SpaceX made history as the world's first privately held company to send a cargo payload, carried on the Dragon spacecraft, to the International Space Station. The capsule then brought back more than 1 ton of science experiments and old station equipment. It's the only supply ship capable of two-way delivery.

NASA is paying SpaceX more than $1 billion for a dozen resupply missions. Space X can reuse their   SpaceX has signed contracts with private sector companies, non-American government agencies and the American military for its launch services. Check out my A to Z link for more info on SpaceX.

Hyperloop: Last week Musk revealed a radical transportation idea called the "Hyperloop," which he describes as a "cross between a Concorde, a railgun and an air hockey table." It's basically an underground bullet train that, freed from pesky terrestrial concerns like weather, farm animals, and friction, would zoom people across the country in hours instead of days.

Of course, politics is the biggest challenge.  It's taken New York City a generation to break ground on its latest subway line, and will probably take another to finish it. This nation is terrible at new infrastructure.

But leave it to the private sector to find a way. Forget about any government to lead us into the 21s century. Private sector will lead the way or we simply won't move forward. It takes a driven genius like Musk to make things happen. He has performed so far. Stay tuned!

Question: Do you think the private sector will need to take the lead for us into the 21st century?