Comets, Mars, and Neil Gaiman, and the Underrated Treasures Blogfest 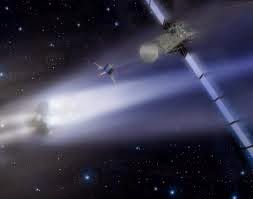 Hi everyone, and as always thanks for stopping by! Thought I would get back to the science roots of this blog and talk about a very exciting event that’s happening right inside our very own solar system.

And don't forget to scroll down for the Underrated Treasures Blogfest!!!
Mind-Blowing First Close-Up Look At A Comet: Ten years ago the European Space Agency launched Rosetta, a first-of-its-kind spacecraft on a mission to meet a comet. That comet? 67P/Churyumov-Gerasimenko. Rosetta finally accomplished that goal earlier this month — getting into the comet's orbit (how cool is that!!!).
﻿
It’s as close as twenty miles from the comet This November, Rosetta will deploy a small probe that, if successful, will land on the comet — the first time we've ever made contact with a comet (intentionally). (Reference)
﻿
Did You Know: NASA plans to launch a deep-space rocket, SLS, in 2018. The SLS has been in development for three years already, and when finished it should propel spacecraft beyond Earth's orbit and eventually launch crew vehicles to Mars by the 2030s.

Fun Fact: There are also plans to send men and women deeper into space on missions that could very well last a life time. Translation, they’re not coming back. (Reference)
What I’m Reading: My first Neil Gaiman book American Gods. I’m half way into it and enjoying the story very much. A quirky fantasy tale of gods that imigrants brought to the United States whose power has diminished over time as people's beliefs wane. New gods have arisen, reflecting America's obsessions with the Internet, highways, media, celebrities, technology, and drugs, among others. 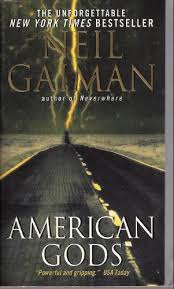 There is a storm a brewin’ as the these former gods set to do battle with the new Gods of America. A great premise for a book and I’m glad I picked this one to read.
Question: Would you consider a life long deep space mission where you would live out your life and die in outer space? Like Neil Gaiman's book? Ever heard of Dread Zeppelin?
Underrated Treasures Blogfest: Love Love Love this Underrated Treasure Blogfest hosted by Alex Cavanaugh. Everyone has a favorite movie or band that no one else has ever heard about. For whatever reason, they remain undiscovered and underrated. Now is your chance to tell the world about this obscure treasure! 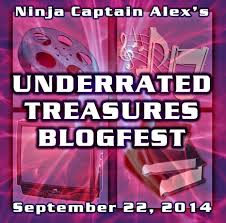 What immediately came to mind was a blast from the past: Dread Zeppelin. A wild and crazy group of dreadlock guys led by Elvis himself (Okay, it's an Elvis impersonator) performing Led Zeppelin songs live for all to dare to see or so drunk they actually pay the cover to see these guys. Talent or gimmick? You decide.
Posted by Stephen Tremp at 5:38 PM